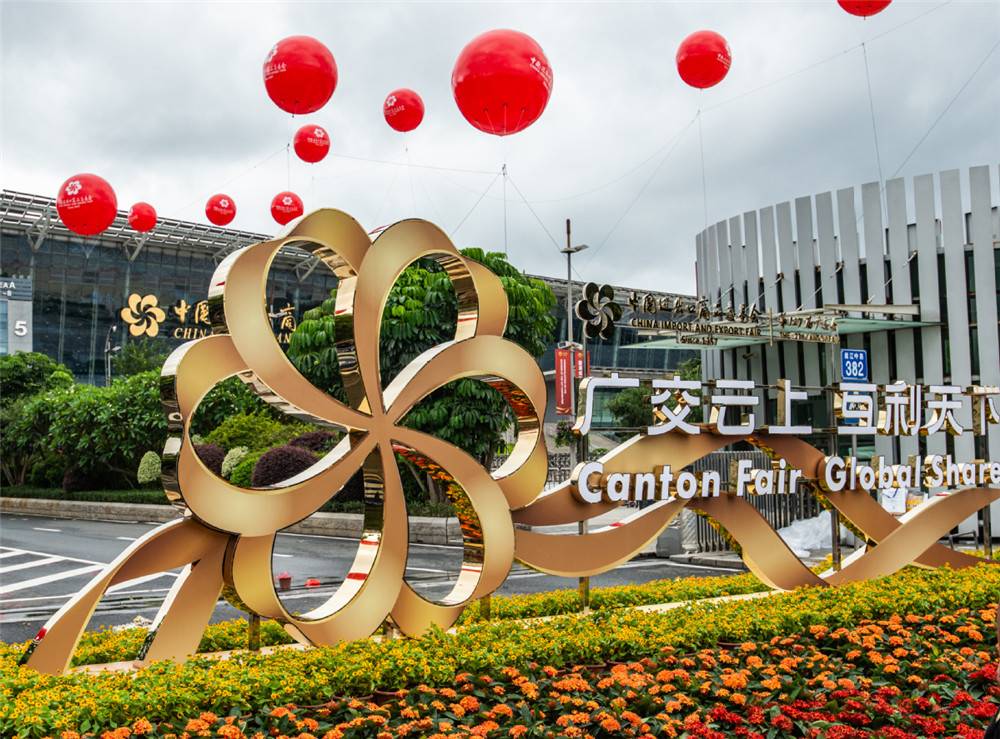 A view of the China Import and Export Fair Complex in Guangzhou, capital of South China’s Guangdong province, on June 14. [Photo/China Daily]
The 128th China Import and Export Fair, also known as the Canton Fair, brought the curtain down on Oct 24 with purchasers from 226 countries and regions participating in this year’s event. Around 26,000 exhibitors displayed over 2.47 million exhibits during the 10-day event, attracting total visits of about 7.9 million to the online exhibition hall, according to a People’s Daily report.
This session of Canton Fair, featuring both online and offline events, showcased the vitality and resilience of China’s foreign trade, said Xu Bing, a spokesman for the Canton Fair, who added that the fair has become an important platform for increasing China’s economic resilience, as the country is building a “dual circulation” development pattern.
Xu, who is also deputy director of the China Foreign Trade Center, said the trade event has helped boost trade in domestic and international markets and realize sustainable developments for enterprises.
For example, the Canton Fair stamped “domestic sales” labels on online home pages of export enterprises looking to boost domestic sales at the event and assisted in matching sellers and buyers, Xu added.
“We signed domestic deals of around 70 million yuan ($10.48 million) at this year’s event, a breakthrough at domestic market,” said He Wei, an executive at China Electronics Zhuhai Co Ltd, who believes a balance between domestic and foreign trade is key for the company to resist risk and an important opportunity for transformation.
“We labeled all the 56 kitchen household appliances showcased at the Canton Fair online platform as ‘domestic sales’, and attracted a dozen of domestic purchasers every day during the exhibition,” said Zhang Fuwen, sales manager of the Liantek Electrical Appliances (Shenzhen) Co, Ltd, adding that the company is gradually tapping the domestic market.
A trade promotion event was also held during the 128th Canton Fair, offered a matchmaking platform and attracting over 40 exhibitors and 100 domestic purchasers.
Wen Zhongliang, vice-secretary-general of the Canton Fair and deputy director of China Foreign Trade Centre, said the Canton Fair, with a history of 63 years, has brought together a large number of high-quality suppliers who assist exhibitors in both foreign trade and domestic sales.